We are Marta and Irene and the Sunday in the morning we met at half past eight. We went together with our German partners (Lea and Katja) and their families by car to visit an aquatic cave that it is unique in Germany. We entered the cave with small boats. It was really funny! At half past eleven we went to visit an old castle nearby and we could also admire the beautiful landscape around. At the castle we met some of our Spanish friends with their German partners. 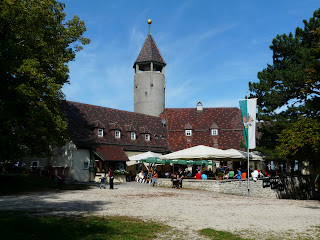 At one o´clock we ate salad and sausages in a restaurant, before returning to Weilheim, our village. Once there, we first watched a film (Los Simpson) and later make a puzzle and played to the wii at Irene ´s partner house.
In the evening we met our friends in the Bowling alley. We played at bowls Spanish versus German, and finally the German team won. After the bowling game we had some pizza and returned home around half past nine.
During the night, how much sorry we were feeling about leaving Germany and ending this experience….. The following morning we were going back to Calahorra (Spain).
Marta Hierro & Irene Toledo
Posted by Maria at 5:33 PM 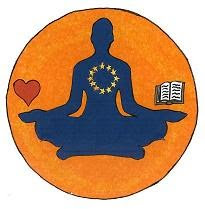